Corn Maze Fun for Everyone

We stayed at the Calgary Corn Maze for over 4 hours and STILL did not see all of the attractions. We had an awesome time (as always) and we will be back again for sure.
If you want to get more information about the Calgary Corn Maze you can visit their website here or like them on Facebook.
***This was not a sponsored post – I just love this place and wanted to share it with my local readers***

Disclaimer: This post was Sponsored by Multicultural Children's Book Day. As always, all my opinions are my own. Please read my full...

How we use Evernote in our Daily Homeschool

As with many other homeschooling parents, I like to keep a record of what my kids do throughout the year. I have tried many different...

Packing for the Beach – With Kids

As the summer weather starts to peak out from the endless winter that we have experienced here in southern Alberta, the kids are chomping...

Big Sky If there is one thing I like to do it is going on outing with my kids. The more we go out the less mess that...

How to Pack for a Roadtrip – Part Two

In my last post I explained how I packed the suitcase for our 5 day trek across Canada. Today I am going to talk entertainment. 3 kids, all... 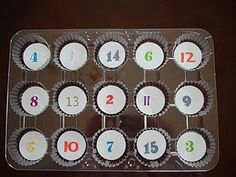